If you’re in love with mandalas and all their representations, you’ve probably ever heard of the moon mandala; very similar in design to the rest of mandalas, but totally different in terms of their symbology and history.

The moon mandala are a very important symbol both within the Buddhist tradition and history, and within the traditional symbology of the Native Indians of North America; while for the Buddhists it is a form commonly represented alongside the Buddha, Native Americans use them along with other symbols to decrypt people’s personalities based on their date of birth.

Whatever use you seek to make of your moon mandala, this mystical and beautiful object is filled with hidden mysteries and symbols worth discovering.

Therefore, when we find the Buddha represented we will always see him sitting on these three great symbols; which arouse the admiration and mystery of everyone who sees them.

Meaning of the moon mandala

Within Buddhism the Moon mandala is a very important symbol, since it represents the Bodhichita and means “mind of enlightenment.” In turn, the word Bodhicitta comes from the Sanskrit: “Bodhi” means enlightenment and “Chita” means mind.

However, the true importance of this symbol is given by its place within the Buddhist tradition, since the bodhichita or lunar mandala is part of the three main paths of Buddhism: renunciation, bodhichitta and emptiness. Renunciation is represented by the flower of Lotus ( which also has its own mandala and you can read about it here), bodhichita is the moon mandala and emptiness is the sun.

Meaning of the Moon mandala in function of the lunar phase

Did you know that depending on the lunar phase that is represented in the mandala, its function and meaning change?

Next, we will tell you all the possible meanings of a lunar mandala depending on the lunar phase that has been drawn in its design:

The full moon represents abundance, fullness and success. It is common to use this type of mandalas in marriage rooms looking to be parents and enjoy their sexuality.

A moon mandala with a crescent moon is a symbol of learning, creativity and change. Therefore, it is very common to see these mandala designs in work studios, art workshops or schools; it promotes personal growth and self-improvement in all areas.

The waning moon symbolizes liberation and the end. It is often associated with sudden changes and leaving the past behind so that we can embrace all the new things that will disappear from our future.

These mandalas are the symbol of the love of life and of the constant struggle against the suffering and adversities of everyday life.

Meaning of the moon mandala according to the Native American Tradition

On the other hand, the Native American tradition also has its own symbology regarding these mandalas, because when combined with other symbols they are able to predict coming events and determine the personality of people according to the day they were born; a traditional zodiac variable that is governed by the moon and the complements that are drawn at its side.

The following are the main meanings of the moon mandalas according to the month of the year:

When depicted in a mandala to the moon next to a wolf symbolizes the month of January and the lunar sign of the wolf.

The month of February is depicted with a snowy lunar scene.

The raven in a lunar mandala comes to represent the month of March and the moon sign of the crow.

April in the lunar mandalas is drawn with a moon surrounded by branches and three pine cones.

The month of May is depicted with a full moon of sunflowers, honoring the first day and the flowering season.

For those born in June they are depicted with a moon mandala surrounded by strawberries.

The month of July is considered the month of the thunder moon, so a moon mandala for this month will always present a design full of rain, lightning and clouds.

August is the month of the sturgeon moon. This month’s moon mandalas will always be accompanied by fish around the moon.

September is the month of the harvest and the beginning of the harvest, so those born under this sign will have a moon mandala with a representation of wheat.

The moon mandala of October represented by the moon of the hunters. Therefore, this mandala will have a design of a moon with a bow and arrows.

November is the month of autumn and the woods, so those born this month are depicted with a moon mandala in which a beaver comes out.

The moon mandalas of December symbolize the cold moon, the arrival of winter and the snowstorms. Therefore, a moon mandala of December will be represented by a moon full of snow and icy snowflakes.

In conclusion, the moon mandalas are charms full of tradition with unmatched beauty and meaning. If you like to collect cult and spiritually useful items, a moon mandala is the one to have!

To learn more about types of mandalas and how they are present in many cultures you can read this post.

What You Need to Know About the Incredible Lotus Mandala

How to draw Mandala. Step by step guide 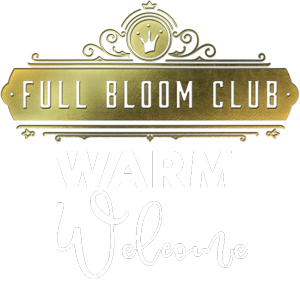